This product is no longer available.

The Cleveland Launcher HB Driver capitalizes on some of Cleveland's most successful technologies employed in previous renderings.  Driver technologies like Hi-Bore.  Hi-Bore technology produces one of the lightest driver crowns in all of golf.  lightening the crown of the driver lowers it's center of gravity and accomplishes two critical things:

The Cleveland Launcher driver has always been built on a Hi MOI platform and the 2017 Cleveland Launcher HB Driver is no exception.  MOI, is the best measurement for a golf club's forgiveness.  The Launcher HB's hi MOI makes it incredibly stable on balls hit across the surface of the face.  This means that balls hit toward the heel and toe of the driver will stay straight like never before.  Stability at impact means accuracy, and the Launcher HB Driver has it.

Cleveland calls the Launcher HB, "The next evolution in Launcher and Hibore technology."  There are some specific and exciting innovations that constitute that next evolution.

HiBore Crown:  The crown of the new Launcher HB actually flexes to increase the "trampoline effect" of the driver, resulting in higher ball speed, lower spin, and higher launch angle.  These conditions are aided by the ultra-light nature of the crown.  The new Launcher HB has an extremely low center of gravity for more distance and better control. 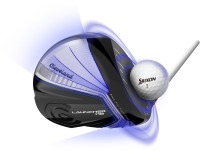 Cleveland's Flex-Fins:  The Flex-Fins in the head of the Launcher actually create a compression to move more of the clubs energy into the ball.  More energy transfer equals more distance. 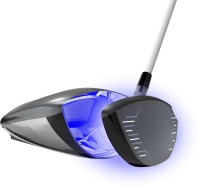 New Cup Face:  The new "Cup Face" design in the Launcher HB driver effective increases the trampoline effect of the driver face to a larger surface area.  Meaning, even the ones that don't quite hit the center will still see exceptional energy return and ball speed. 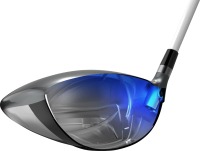 Ultra-Lightweight Hosel Design:  Removing the weight from the hosel allowed the engineers to redistribute it to a more useful place; low and deep.  A low and deep center of gravity means a lot more stability at impact for an improvement in accuracy.

Plus, the Launcher HB is available in Multiple Women's Lofts:  All three lofts are available in women's drivers for those who prefer a little more or less.